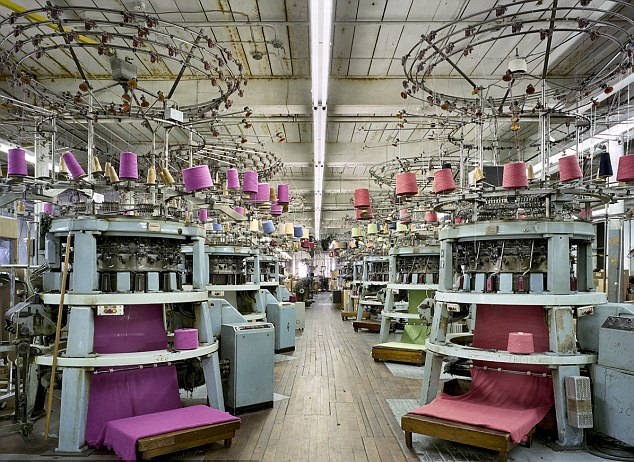 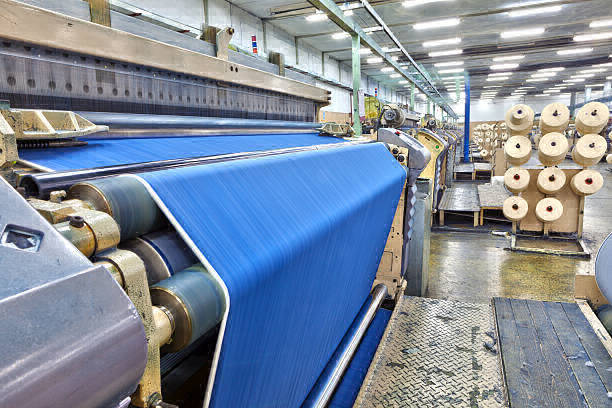 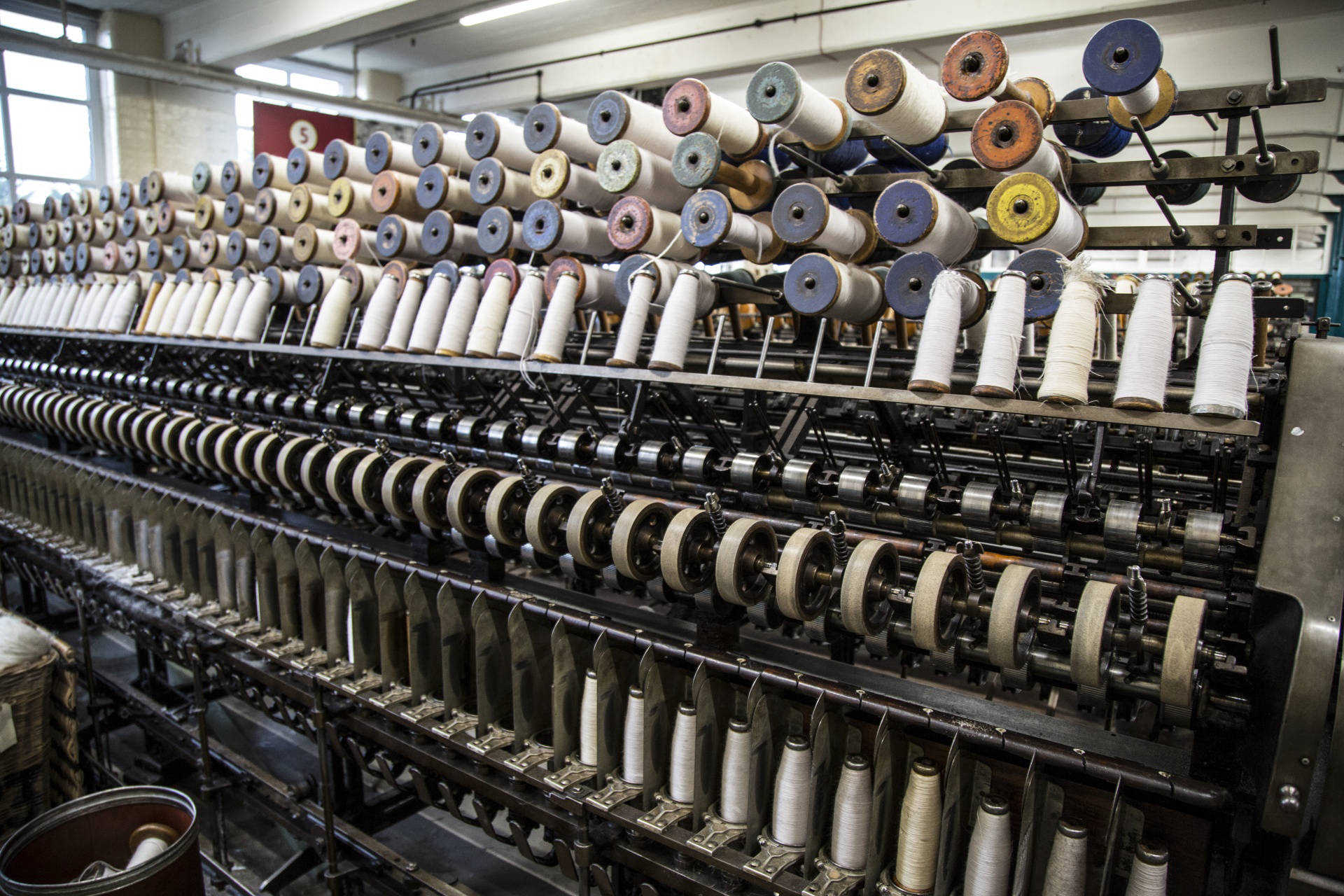 ARFOTEX FLAKES WAX
Textile sizing wax for use in the sizing box and the after wax applicator system .

Description:
ARFOTEX FLAKES WAX is a specially designed, formulated emulsified wax, which acts as a softener and lubricant. It comes in 100% granulated Flakes for use as an additive to natural and synthetic based size formulations to be applied in the size box.

Compatibility
ARFOTEX FLAKES WAX is compatible with all standard size formula additives currently in use. It contains defoamers, plasticizers, and other necessary process aides to promote good sizing quality and performance.

Size Box Applications
ARFOTEX FLAKES WAX should be added at 2-8% of the weight of other materials in the sizing formula depending on fabric density and weaving difficulty. Since the ARFOTEX FLAKES WAX particles will be in emulsion form in the size solution, the particles will adhere to the outside of the film when the yarn travels thru the size box, providing the lubrication where it is needed, outside the film surface.

After Wax Application
ARFOTEX FLAKES WAX should be used as an after wax on all high density styles, either for 100% natural yarns, 100% synthetic yarns or for yarns that are a combination of both natural and synthetic fibers. The use of ARFOTEX FLAKES WAX will avoid fabric defects due to yarns clinging together and will increase weaving efficiencies.

ARFOTEX FLAKES WAX is to be used in heated after wax systems or applicators with a minimum temperature of 47 degrees Celsius. After waxing, while being an option on shuttle looms, has become a requirement for shuttle-less looms, especially air jets.

A small quantity of solid wax such as ARFOTEX FLAKES WAX is preferable to a liquid wax. Liquid waxes normally create streaks on the fabric after smearing on loom parts, and therefore are not recommended.

The highly concentrated ARFOTEX FLAKES WAX is not only a lubricant and a softener to be used as a size box lubricant but it is also a most effective after wax.

The reduction of “weft related warp stops,” or warp stops on the loom due to poor shed openings, will decrease substantially. This translates into higher grade A fabric production and higher weaving efficiencies!

Technical/General Information
The purpose of a chemical such as ARFOTEX FLAKES WAX is to provide the size film with flexibility, softness, and lubrication as necessary for excellent weaving efficiencies when applied in the size box. When applied through the after wax applicator, ARFOTEX FLAKES WAX provides additional lubrication outside the yarn bundle to reduce fiber to fiber friction and loom to yarn abrasion.

ARFOTEX FLAKES WAX , as a dispersable wax, one that stays dispersed in the size solution, provides much better encapsulation than other waxes with effective coverage around the yarn surface almost 360 degrees. This superior encapsulation makes for an easier split at the front on the slasher, decreasing the damage done to the yarn, and at the same time, correspondingly decreases the hairiness factor.

The studies on hairiness made so far by all leading textile research institutes, indicate that hairiness control is one of the primary objectives in any sizing formula where the yarn is destined for the high speed weaving. It has been proven that excessive amounts of hair over 3mm long can be responsible for up to ten efficiency points (overall).

Desizing
ARFOTEX FLAKES WAX incorporates emulsifiers that do not affect the starch negatively as others do and can be used in recommended amounts without any concern for reduced starch adhesion or desizing problems. There is a reluctance by mills to use adequate amounts of wax due to desizing problems. By not using the proper amount of wax, efficiencies are compromised. With ARFOTEX FLAKES WAX , the right amounts can be used without a desizing problem occurring and therefore contributing to higher weaving efficiencies!!!

The coefficient of friction of ARFOTEX FLAKES WAX is extraordinary. It is the leading wax used in over 52 countries for high speed weaving of all types of spun yarns. [SEE APPENDIX A ON CALCULATION}

Appendix A: “Determination of Coefficient of Friction”
Coefficient of friction can define the amount of resistive force a yarn will exert and have exerted upon it by machine and other yarn surfaces during fabric forming or preparation processes. A method was developed to determine the coefficient of friction on test yarns using equipment available in a standard textile research and testing laboratory.

The method to measure coefficient of friction requires a standard Instron tensile tester with a load cell in the range of 100 grams maximum load. A capstan device was designed to fit into the upper jaw clamp of the tensile tester. The capstan is a 2.54cm diameter, stainless steel, disc type thread guide of the variety used in warpers or knitting creels, circular in shape and having a recessed, grooved surface on the outer diameter which prevents the thread from slipping off the guide. The disc is supported through the center by a nut and bolt which attach it to two flat, rectangular, aluminum plates on either face of the disc. The two plates are offset from the disc perimeter to a center line above the disc so that they form a tongue support which is clamped into the test jaws.

A gauge length of 25.4 cm was used for the test. The yarn length required was 38.1 cm to allow it to extend from the lower jaw which was fixed, to the disc, over the disc’s grooved perimeter, and down below the disc. The thread was held under load by a brass weight and alligator clamp assembly which weighed 9.8 grams and measured 5.1cm length.

The Instron tester scale was calibrated to zero with the capstan in place and the full scale load set to 100 grams. The test yarn and the weight were mounted in the tester, and the initial chart pen location was marked prior to the start of each test. A crosshead speed of 25.4 cm/min and a chart speed of 50.8 cm/min were used for the test.

At the beginning of the test, the load required to overcome static friction and initiate movement of the yarn across the capstan was registered by the chart pen as a peak. This initial peak load was followed by a rapid decrease in magnitude of load to a level greater than the initial pen position but less than the peak position. The load registration during movement of the yarn across the capstan was the result of dynamic friction. As the test progressed, the decrease in thread length on the weighted, registration side of the capstan caused a load decrease. When the advancing upper crosshead pulled the thread to the point where the clamp touched the disc capstan, the test was manually stopped. Ten samples of each type of sized yarn were tested in this manner. To prevent contamination of the capstan surface by previous samples, the capstan was cleaned with an alcohol based solvent between tests.

Equation 1: The initial (static) friction is determined by use of Amonton’s Law as:

Appendix B: Procedure to test the quality of the wax emulsion [if any] 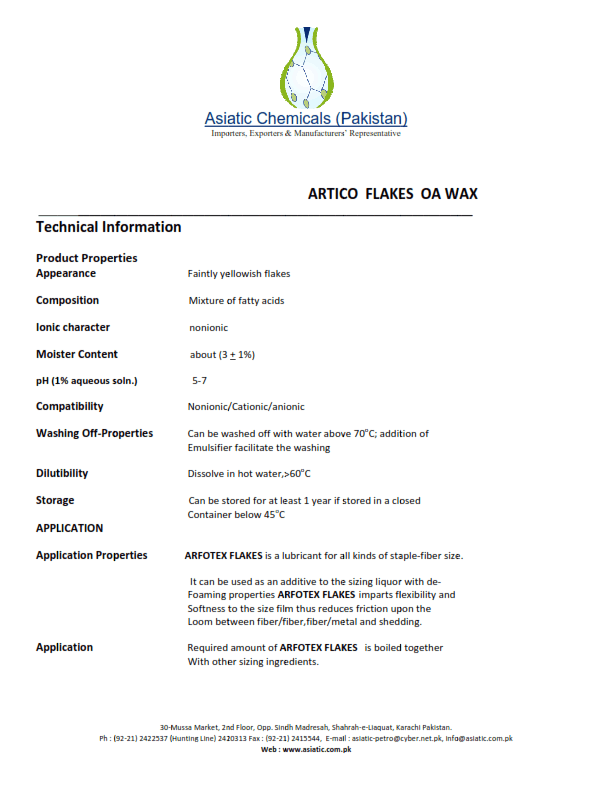 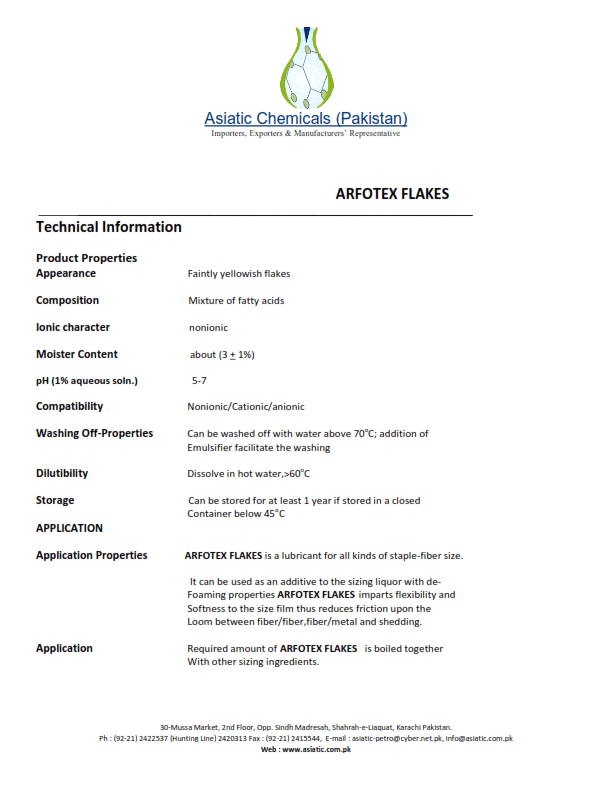